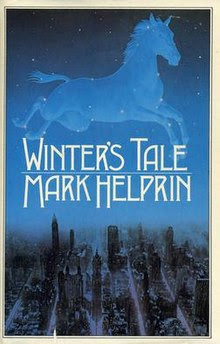 
Om boken:
"New York City is subsumed in arctic winds, dark nights, and white lights, its life unfolds, for it is an extraordinary hive of the imagination, the greatest house ever built, and nothing exists that can check its vitality. One night in winter, Peter Lake, orphan and master-mechanic, attempts to rob a fortress-like mansion on the Upper West Side.
Though he thinks the house is empty, the daughter of the house is home. Thus begins the love between Peter Lake, a middle-aged Irish burglar, and Beverly Penn, a young girl, who is dying. Peter Lake, a simple, uneducated man, because of a love that, at first he does not fully understand, is driven to stop time and bring back the dead. His great struggle, in a city ever alight with its own energy and besieged by unprecedented winters, is one of the most beautiful and extraordinary stories of American literature." 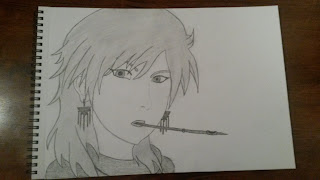 "The cellar looked nothing like the house upstairs. Well-lit and vast, the room was delightful and not spooky at all. Divided into three sections, it was separated by several thick pillars rising from the floor. On the far left stood rows and rows of books. Old books, new books, big books, tiny books...books everywhere. In the center, there was a giant square table made of wood, with thick legs, a glass top, and enough room for three chairs to fit comfortably at each side. And on the right side of the cellar was a collection of maps. Some hung on walls, some were laid out on podiums and others were rolled up and shelved like books."

Until I Die
by Amy Plum
tagged: currently-reading